Happy Easter everyone! 40 days of „fasting“ are over for me. Some people are fasting  sugar or carbs or are trying to spend less time watching television or whatever in the period from ash wednesday to easter sunday. This year I decided to participate, not for religious reasons, just because it was great timing. Thinking back 40 days I wasn’t happy at all with my condition and at the same time I was really into documentaries that opened my eyes in so many ways. So my conclusion was that the best thing to do is to try a vegan diet for 40 days and here’s my 100% transparent and genuine review. 🙂

How do I feel?

I feel greater than ever to be honest. Even though I’ve been a vegetarian before already this step did even more for me. I consumed too many dairy products in the time before the fasting and it didn’t become me all too well. So now that I haven’t touched (cow) milk, cheese or yoghurt in a while I feel less bloated and generally fitter. I don’t believe there’s such a thing as being lactose intolerant, I think our bodies just aren’t made to digest the breast milk of another mammal. I mean you wouldn’t suck your mom’s titties at the age of let’s just say twenty, would you? (Excuse my french) Or even drink your mama’s milk if it’s been pumbed from her breasts and transfered to a nice little package. So why from an animal? Eating eggs or not didn’t have a noticable difference on my health but it feels good mentally not to contribute to such cruelity that unfortunately is reality in factory farming.

What did I eat?

Not that different from what I was already eating actually. I mean the only thing that was a bit tricky was when I was a guest somewhere and didn’t have coffee or cake because there was no plant milk available. And of course that now that I had a closer look on every description on the package of the food I intented to buy I noticed how often it contains some sort of milk, which was really annoying because I had to put it back in the shelf and go on with my quest. And that’s it with the downsides, a good thing is that I became more creative with my food. I tried new kinds of vegetables, fruits and grains and I really loved every meal so much. And everything was so healthy. Whenever I wasn’t in the mood for healthy food and I just wanted to indulge something sweet and sugary I ate manner waffles, dark chocolate or oreo cookies because as a matter of fact they are plant-based only. And whenever I was craving something fatty I treated myself to burger, fries, lasagna and stuff like that. Yes, there are vegan options for these foods as well and they’re delicious! With one exeption: the vegan pizza I had in budapest was not really my thing, but I guess disappointing restaurant experiences are known by everyone, regardless if vegan or not. I have a story highlight of some of the food I ate on instagram called „vegan“ so if you wanna check it out go ahead. 🙂 Also if you’re interested I could share some recipes with you, because I’ve now started to write down my favourite meals and how to make it. I never cooked after recipes really but now that I was very interested and creative I started to and it was quite the fun! Considering that I’m not quite that talented type when it comes to stunningly beautiful food photography you can also check out my „vegan recipes“ wall on pinterest, where I took most of my inspiration. Oh yeah and not to forget, a nice little side effect because I wasn’t in the best shape lately and wanted to change that anyway, I lost a little weight. That’s for sure not the most important thing but worth mentioning because it shows I treated my body well.

How will I continue?

Despite all that I know of veganism and that I’m sure it’s the greatest thing to do I will probably not stay 100% vegan. When I cook for myself, sure always! But when others invite me to eat with them I don’t wanna be extra. I guess I will stay vegan for like 90% of the time or something, because I’m so convinced it’s the best thing to do for my health, the planet and the animals. But I like to see the world as more than just black and white and I like to think outside the box so I will allow myself some „cheat“ meals. For example I won’t buy eggs for myself, but when I’m at home and my mom cooks something that contains eggs I won’t have a problem with it. I know where they come from, which is not from a factory and that’s why I’m very okay with it. With cheese I unfortunately can’t say the same thing because we buy it from the store and I know with every bite what I’m contributing to. But now and then I’ll still have a dish with cheese if someone else cooks for me. As long as I’m concious about what I put in my body, what consequences it has on other living beings, my health and our planet, I think that’s a great step. After all I’m only human, I’m not perfect but I’m trying my best to live a compassionate lifestyle. 🙂

My pledge to you

Just think about what you put in your body and what consequences it has for others, animals and humans! If everyone would have that mindset, so many things would change for the better. Every little step can be magnificent, so even starting to reduce your meat consumption has outstanding benefits for the environment and reduces animal cruelty for at least a little bit. Not every single person has to become a vegan overnight and many people misunderstand this. People who live a plant-based diet are not here to lecture you about your false behaviour but to make the world a better place by starting with their own actions and trying to inspire others to do the same. So if you care about global warming or the environment in general or if you love animals, act accordingly. And please don’t come at me and hit me with your „but you lack protein and iron and fiber“ or „humans are made to eat meat“ because I know it’s not true for me and what I put in my body is a personal choice. This blogplost is only here to share my experience and how happy I am with it and not because I think everything else is wrong and I think I’m better than anyone else. I really don’t! I hope it at least inspired some people to change their mindset. 🙂 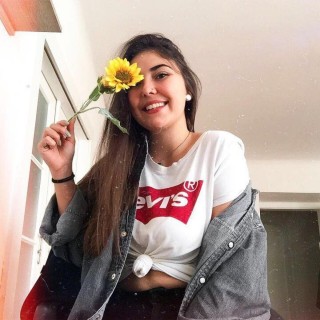